Skip to content
Homejoycemedia2022-07-29T18:28:00-04:00
This jQuery slider was created with the free EasyRotator for WordPress plugin from DWUser.com.

The AGC was founded in 1976 by Mrs. Paul Austin, Mrs. Benjamin Jones and Mrs. James Zook for the purpose of beautifying Avalon. After several bi-monthly meetings the members began planting in 1977 at the 30th Street corner of Ocean Drive. Their next project was the Inlet at 7th and Ocean Drive in 1978.

To raise funds their first cocktail party was held that summer at the home of Grace O’Brien. For $5, members, neighbors and friends enjoyed hors’dóeuvres and two drinks. For the holidays they sold Poinsettias at the Holly Ball. For several years their spring fund raiser was to sell bags of mushroom soil from Kenneth Square, Pennsylvania. For the sale, they shoveled soil into canvas bags. They were truly dedicated gardeners. In the fall, they sold beautiful mums on Dune Drive at Sullivan’s.

During the holiday season, members would display fireplace mantels, a room or a decorated area in their homes. This, is believed, became the impetus for the Club’s annual Tour of Homes established back in 1991, and continued until 2011. It was the largest fundraiser. Today, the Fashion Show & Luncheon, Plant Sale, and Annual Borough Wide Yard Sale, are the Club’s current fund raisers.

Twenty seven years ago a committee was formed to give back to the community, thus Elsie Kuhn and Margaret Goodwin co-chairs, began the task of getting donations for what became the Kite Girl, on 30th & Ocean Drive. She was dedicated by Mayor Light twenty five years ago with many dignitaries attending. The Mayor thanked the Garden Club for the wonderful gift, and praised Mr. Gary Jacketti for his exceptional work.

We are very fortunate to have a greenhouse and a shed, given to the club by Mayor Pagliughi. All expenses paid by the borough. We have used it to the fullest for years. Most recently, the shed was fully replaced, and the greenhouse underwent a total renovation; durable plastic covering, work tables, and dirt floor replaced by concrete, with a water drainage system. Further, Mayor Pagliughi surprised the Club with a white pickup truck fully equipped with a water tank, making transporting plants and watering the islands, much easier on the gardeners.

Our appreciation goes to Mayors Armacost, Light and Pagliughi, the Club could not have accomplished its mission without their support.

To our dedicated gardeners who share their knowledge and the others who are anxious to learn and plant the islands on Dune Drive, as well as many parks, gardens and public building sites.

Thanks to our Presidents, and Volunteers for their years of service. 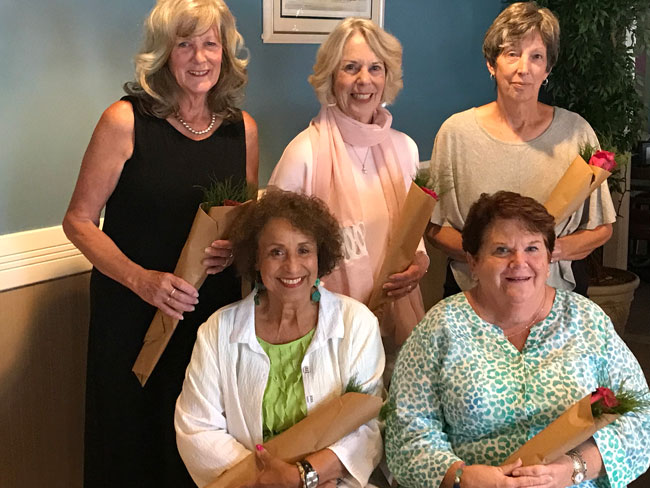